Christmas is the most wonderful time of the year, full of festive vibes, food, presents, family gatherings, and more.

Apart from the opening of gifts, playing Christmas games, and sharing Christmas riddles allow us to spend more quality time with our families and not get sucked into our phones after the festivities.

Christmas Would You Rather questions can be played by everyone in the family. Though the questions are rather silly, it’s always fun to hear how everyone justifies their answers.

This fun and easy game can be used all season long and will surely bring laughter to everyone. On Christmas Eve, put on some holiday music and play games as a family.

I’ve compiled a list of ‘Would You Rather’ Christmas Edition questions, which you can download for your next holiday gathering.

How To Play Would You Rather Christmas Game

There are several ways to play this game.

You can play Would You Rather in turns to ensure that everyone gets a chance. The purpose of this is to keep track of who has read a statement and given their answer.  No one comes out as a winner in this game, and normally, when someone gives an intriguing reply, they are often asked to explain their choice.

You read out the question and everyone gets a chance to answer which they would rather do. There’s no winner if you play this way, just fun listening to which answers people share.

Split everyone into pairs and ask the question. On the count of three, they must say their answer out loud. If their answers match, then their team gets a point. The pair with the most points at the end of the game wins.

Give everyone a piece of paper and a pen to write down their answers. They should try to guess what the majority of the people in the room will answer to win a point.  The person with the most points at the end wins.

Christmas Would You Rather for Kids 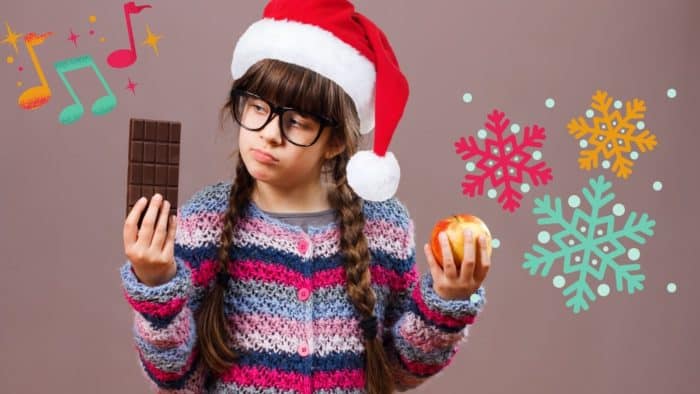 There are several reasons why Christmas Would You Rather questions are good for children, besides the fact that they are a fun activity.

As they are forced to weigh their options on the spot, Would You Rather questions promote critical thinking skills.

They can analyze the choices and make sense of them through the questions, and then make a decision, and possibly even explain their choice.

Due to kids’ vivid imaginations, they may envision themselves in the given scenario. You’re going to hear them burst out laughing if it’s something silly or funny.

This fun game can be played as icebreakers, during a holiday meal with kids, or gather them up and play after opening their presents.

Here are some of the Christmas Would You Rather questions for kids.