Teen slang is not only confusing but changing constantly.

These words are used by kids to prove their independence, sound cool, and fit in with their peers.

Although we don’t recommend that we “boomers” start using teen slang (let’s face it, we won’t look cool), it is important to know what our children are talking about.

While most slang is harmless, there are a few slang words relating to sex and drugs that we should be aware of.

Use this guide as a reference to understand and translate what your teenager is saying.

Also, to find out more about the hand signs teens use read: “Teen Hand Signs Meaning With Pictures.” 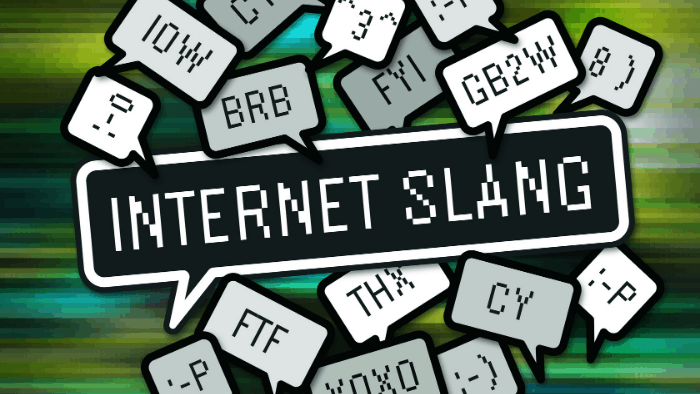 List Of Teen Slang Words & Abbreviations That Every Parent Should Know

07 – Salute. O depicts the head and the 7 is the arm up giving a salute

Adulting – Do things that adults have to do (get a job, pay tax, clean the house)

AFK – Away From Keyboard.

Addy – Short for “Adderall,” which is used for treating ADHD, but can also be abused recreationally.

Bae – ‘Before Anyone Else’. Babe or baby.Used to describe a boyfriend, girlfriend, or good friend.

BDE – Big D*** Energy. Means that someone has confidence. It’s the opposite of being cocky or having toxic masculinity. A person’s confidence comes through just like that of a well-endowed man. It can be used for both men and women.

Boo’d (or booed) up – To be in a romantic relationship.

Bougie/boujee – Aspiring to be higher class, rich or fancy (from bourgeois).

Breadcrumbing –  Leading someone on romantically or sending out flirtatious, but-noncommittal text messages.

Break Green – Sharing marijuana with others.

Bussin – great or yummy ‘This food is bussin!’

Cancel – To dismiss, reject or remove someone or something from your life.

Cap – To ‘cap’ is to lie about something vs ‘no cap’ which means to tell the truth.

Clapback – a quick, sharp comeback in response to criticism.

Catch Feels – To have romantic feelings towards someone.

Catfish – Someone who pretends to be someone else by creating a fake personal profile on social media, either for dating or sexual purposes.

Cheugy – out of style

Crunk – Getting high and drunk at the same time, or crazy and drunk.

Dayger – Party during the day. 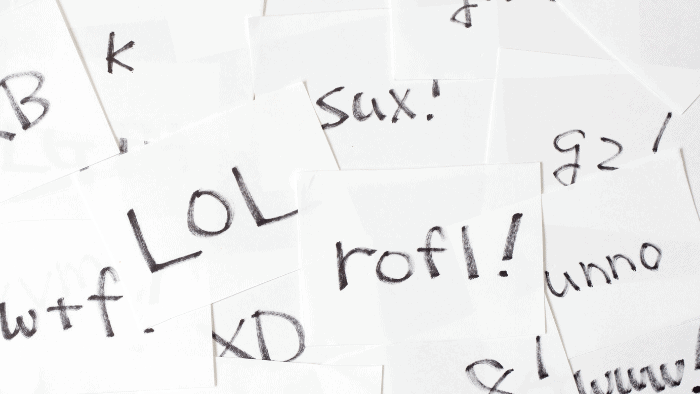 Done – To be completely over something (task, person, emotion, or situation); or to be drunk.

Down in the DM – Using (DM=Direct Message) on social media to filter through people to find a casual hookup, and/or ask for nude photos.

Extra – To be extra is to be unnecessarily dramatic or over the top.

Finna – Abbreviation of “fixing to” or planning to do something

Ghost – to suddenly cut off all communication and avoid someone (friend or someone you’re dating).

GNOC – Get Naked On Camera.

GOAT – Greatest Of All Time.

Go off – Rant about something or someone you’re mad about.

Hooking up – This could refer to anything from making out to having sex.

Igging – To ignore or snub someone. 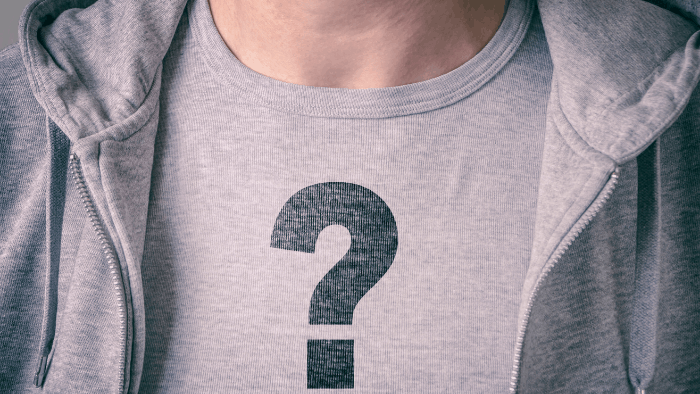 Juul/Juuling – Vaping from a Juul (e-cigarette that looks like a USB flash drive).

KMS – Kill Myself or Kill Me Slowly. Generally used as a melodramatic expression.

Lit –  Something is really cool. Or you are high/drunk. .

Ligma –  An internet hoax made up by juvenile online gamers and rumored to have killed professional gamer Ninja. When people asked, “What’s Ligma?” they would respond, “Ligma balls!”

Low Key – Doing something on the down-low, understatedly or secretly.

Mooning – To mute/ignore someone. Referring to the “Do Not Disturb” mode (denoted by a tiny moon on iPhones), which turns off notifications.

Murk – To kill, beat up – often used in video games.

Neglext – To leave someone in the middle of a text message conversation for a prolonged period of time.

Netflix and Chill – Inviting someone over to make out (or maybe more).

NIFOC – Naked In Front Of Computer.

Noob – A newbie. Someone who doesn’t know what they’re doing or who is bad at something – often used in gaming. 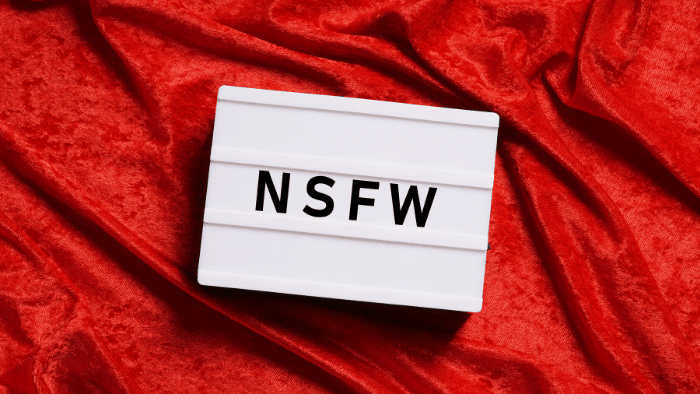 NSFW – Not Safe For Work. It’s used to mark something sexually explicit or inappropriate.

Periodt – used to signal the end of a discussion or to emphasize a point.

“Poggers”, “Pog” or “Pog Champ” – Play Of The Game – Used to express excitement during a game when something exciting occurs or if a player performed extremely well in a match.

Pressed – bothered ‘I can’t be pressed!’

Requestion – Request and a question, or to question again.

Savage – To be fierce, badass. Refers to arguments or takedowns.

Scarfing – Intentionally strangling oneself (with a scarf or other material) during sexual stimulation to increase pleasure during climax. People have accidentally killed themselves whilst scarfing.

Sheeeeeeesh – can be used to express everything from bragging, to cringe, to excitement!

Ship – Short for relationship. People can be “shipped” together, meaning they should be a couple.

Shook – Being affected by something very strongly.

Simp –  Someone who does way too much for a person they like. Read the full article on simp meaning here.

Sip Tea – You don’t want to get involved in the drama, but you’ll watch from the sidelines while ‘sipping tea’.

Skurt/Skrrt – To leave, get away from someone. Referencing the sound a car makes when tires squeal.

Slaps – If something is excellent.

Sloshed – To be drunk.

Smash – To have casual sex.

Snatched – If someone is wearing an outfit that looks really good or fashionable.

Stan – Abbreviation of “stalker” and “fan”; An overzealous and obsessive fan.

Stan – Can also be used to show support of a person/cause or be in agreement with something i.e “I stan”

Sus – Short for “suspect. Suspicious, shady, not to be trusted.

TFW – That Feeling When.

Tight – In a close relationship or friendship.

The plug – Someone who supplies alcohol or drugs.

Thicc – Used to refer to a woman that is incredibly attractive, typically because she has curves in all the right places.

Throw shade – To give someone a dirty look or say/post something mean about them.

Tool – Someone who is stupid and can easily be used or manipulated by other people.

Thirsty – Someone who is desperate for attention or compliments.

Turnt – Short for “turned up,” Can mean either really excited or drunk.

Weak – Means something is really funny. Comes from that weak feeling you get when you laugh a lot.

WIG – “Wig” is a description of something amazing. It describes the reaction you had after seeing something which was so awesome and shocking, that you felt that your wig flew off.

Woke – To be aware of or awake to sensitive social issues and current events.

Yeet – Can be used as an exclamation of excitement – “Yeet, it’s 2021!” Or it can be used to describe anything done with vigor – “I’m going to Yeet this ball over the fence!”.

YOLO – You Only Live Once

Have a look OdinAnswers research to show how teen slang words have changed in the last few years: 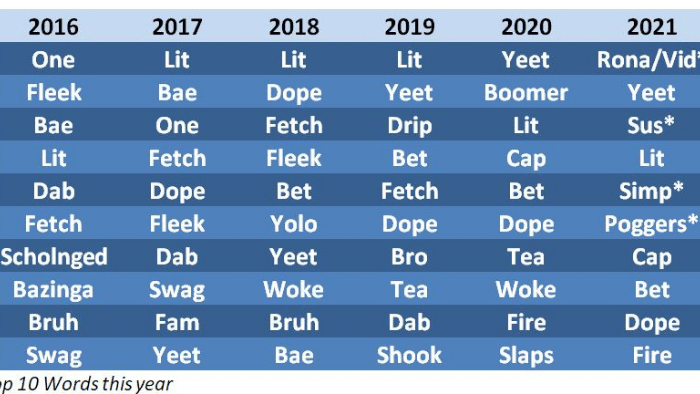 Teen slang changes continuously. If you aren’t sure what a slang term means, the website Urban Dictionary can help.

The site is dedicated to keeping parents up to date on today’s slang and is a valuable resource.

However, you should be aware that it contains user-submitted content that may be crude.

There are also phone apps that can help you translate teen slang.