However, there is a real danger of teens becoming addicted to any activity they spend a lot of time doing.

Technology overuse for entertainment purposes can have some serious adverse effects on the developing brain.

Problems occur when the brain does something repeatedly and primarily activates our reward center.

Gaming releases dopamine, a neurotransmitter associated with reward and addiction.

Dopamine builds up in addicts’ brains so much that they reduce the number of receptors – so the reward isn’t as satisfying, causing them to crave more and more.

Teenagers used to get these feel-good brain chemicals by riding bikes with mates, playing sports, hanging out with them, walking home from school, and being outdoors a lot more.

From a common-sense perspective, it is crucial to limit the time our teenage boys play games.

Unfortunately, the problem is not just the threat of becoming addicted to gaming.

Research now shows that the gray matter area in the brain shrinks in people who are internet/gaming addicts.

All sorts of things, including a person’s ability to organize themselves and their thoughts, plan, and prioritize, can be affected by this.

Even more concerning was the possibility that this phenomenon may negatively impact our empathy and compassion. 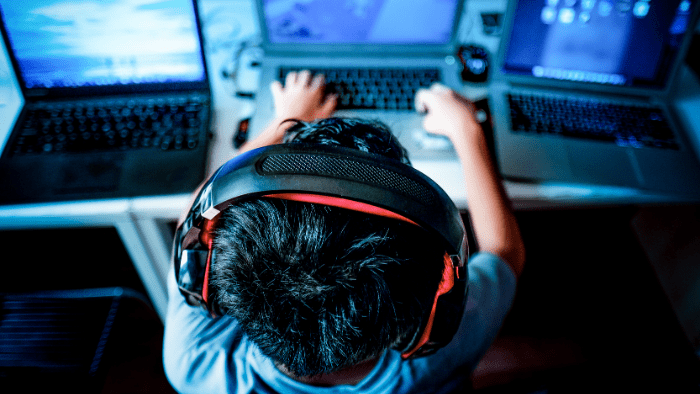 An additional concern is emotional maturity and social maturity for adolescents.

Teenage years 14-18 are a critical time for developing friendships and a healthy sense of belonging.

Some teenage boys give up sports to rather spend time in their bedrooms playing online games, without any real human contact.

It’s so important for teens to experience face-to-face communication and build interpersonal confidence with both genders.

Being socially connected in real-time is an essential part of healthy human development.

Teens that are gaming excessively are often either overweight or underweight. They don’t spend a lot of time outdoors or playing sports, so they lack Vitamin D and have little muscle growth.

Body image is a huge concern nowadays among teen boys and young men, so a boy who plays video games is at a higher risk of struggling with this issue.

So here is a list of suggestions to help your teen manage his gaming in a way that is not going to cause long-term damage. It is called healthy boundaries. 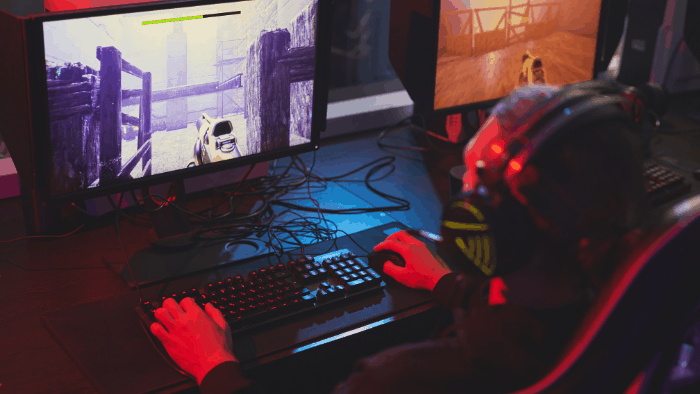 We also don’t allow offensive language in any way while they’re playing or in real life. As soon as we hear them shouting or swearing, they have to have some time off their device.

They’re also not allowed to download any new games without asking us to check them first. Some games are way too violent for our teens to play.

When your son negotiates small changes occasionally, offer some flexibility to encourage cooperation instead of resentment and rebellion.

Remember that not all gaming is terrible.

However excessive use can cause serious problems, and these agreements can be a helpful way to keep everyone happy!

👇 Related Article 👇
You might also like to read:
How To Get Your Teenager Out Of Their Room