You may have noticed the recent surge in popularity for this latest energy drink, G Fuel.

G Fuel is an energy drink introduced on the market in 2012 by Gamma labs. The makers of G Fuel designed this supplement with the needs of athletes in mind.

Over time, the drink has gained a lot of popularity amongst gamers, mainly due to its partnership with Atlanta-based gaming and esports organization Ghost Gaming and popular gamers like PewDiePie and FaZe Rug.

This increase in popularity amongst gamers begs the question of how old do you have to be to drink GFuel?

Disclaimer: This information is not meant to replace the advice of your doctor. It reviews the ingredients and is not a recommendation to consume this product. 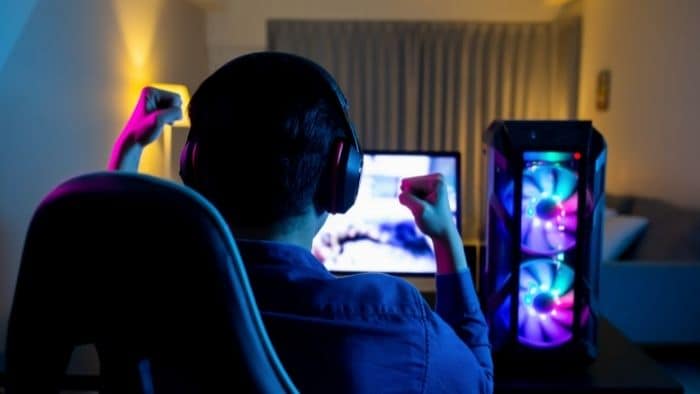 Energy drinks and multivitamins are the most popular dietary supplements consumed by American teens and young adults.

Almost one-third of teens between 12 and 17 years drink energy drinks regularly, but is it safe?

GFuel may be a healthier alternative to sugar-laden energy drinks, but it is not recommended for anyone under 18 due to its high caffeine content.

G Fuel provides an age restriction that all users on their website should be over 18. The manufacturer recommends having one serving of their powdered products a day, and Gamma labs recommend not exceeding one serving a day for their canned products.

One of the main reasons they don’t recommend more than one serving is its high caffeine content.

Every serving of G Fuel powder contains between 140 and 150mg of caffeine. G Fuel cans have about double that amount, with 300mg per can.

The American Academy of Pediatrics suggests that adolescents ages 12 to 18 should limit the amount of caffeine per day to no more than 100 mg. They, therefore, strongly dissuade energy drinks amongst kids and adolescents.

Esports Healthcare has made it clear that children under 18 should not consume G Fuel.

Compared to most other energy drinks targeted at gamers loaded with sugar, G Fuel is sugar-free. Their original goal was to create a clean drink with natural ingredients and a healthy alternative to sugar-loaded energy drinks.

However, the biggest concern regarding the ingredients in G Fuel, similar to other energy drinks, is the high caffeine levels.

Read more: “How Much Caffeine Is Too Much For A Teenager?”

G Fuel Ingredients and Their Effect on Users

To decide whether teens should drink G Fuel, we need to look at the ingredients and understand how they could affect them.

So, what is the secret behind this trendy drink? Here are some of its ingredients and their effects on users. 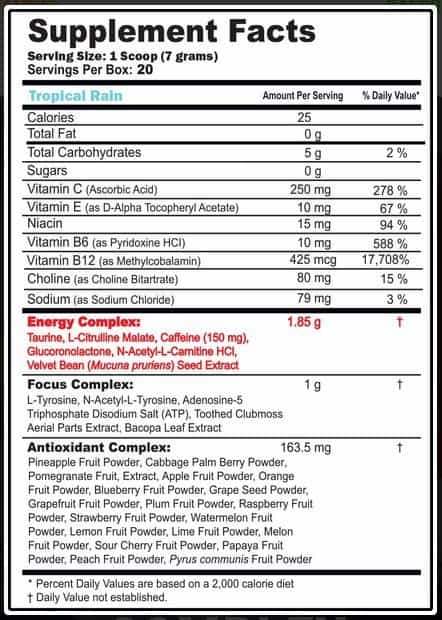 How Much Caffeine In Gfuel?

G Fuel contains 140-150 mg (about the same as two small cups of coffee or one large cup of coffee).

The FDA recommends a maximum of 400 mg of caffeine intake per day for adults.

Although the US Food and Drug Administration (FDA) does not have official guidelines about kids and caffeine intake, Health Canada recommends that children age 12 and under consume no more than 2.5 milligrams of caffeine daily per kilogram of body weight.

Based on average children’s body weights, the following age-based intake limits are calculated:

The American Academy of Pediatrics suggests that adolescents ages 12 to 18 should limit daily caffeine intake to no more than 100 mg.

A full-grown adult would reach his caffeine limit with just three servings of powered G Fuel and one and a bit can.

However, a 12-year-old child would receive one and half times the recommended daily allowance of caffeine with just one serving of G Fuel.

Based on the formula for adolescents above, which is 2.5 mg of caffeine per kilogram of body weight, that means your teenager should weigh at least 150 / 2.5 = 60 kilograms or 132 pounds before they can drink ONE full serving of G Fuel.

A benefit of G-fuel is that you can accurately portion your “dose” if using the powdered energy drink, making it safer than Red Bull or Monster.

Caffeine usually works as an adenosine blocker in the brain. Adenosine receptors are responsible for slowing down brain activity which results in drowsiness. Caffeine, however, speeds things up, and that’s why you can go for hours without sleep.

Caffeine increases attention and alertness when taken in 75 mg and above doses. Doses of 150 mg and above may result in mental alertness, faster reasoning, and good memory.

However, excessive consumption of caffeine may prove unpleasant.

Adverse effects of its overuse

Research has shown that caffeine remains in the body system for an average of five hours. Taking your G Fuel at night may interrupt your sleep schedule.

It’s important to note both the amount and timing of caffeine intake. 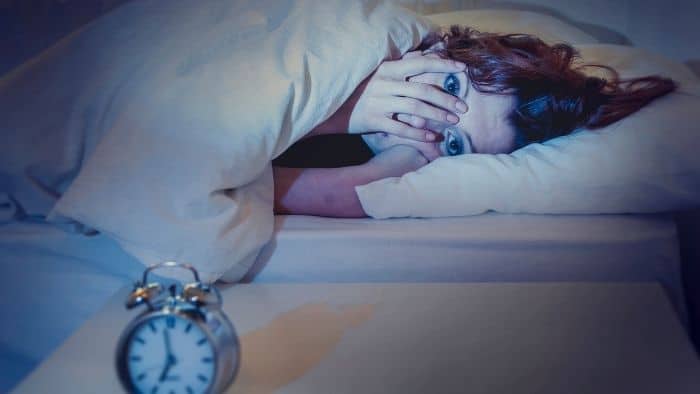 Caffeine is known to increase peristalsis (contractions that move food through the digestive tract), thus stimulating bowel movements. It’s essential to cut on the large doses of caffeine to avoid digestive issues.

Caffeine is addictive. Too much of its intake may lead to physical and psychological dependency. Excessive consumption sometimes experiences withdrawal symptoms after several hours without caffeine intake.

Caffeine can trigger the release of adrenaline. Adrenaline leads to alertness, culminating in anxiety if taken in larger doses. 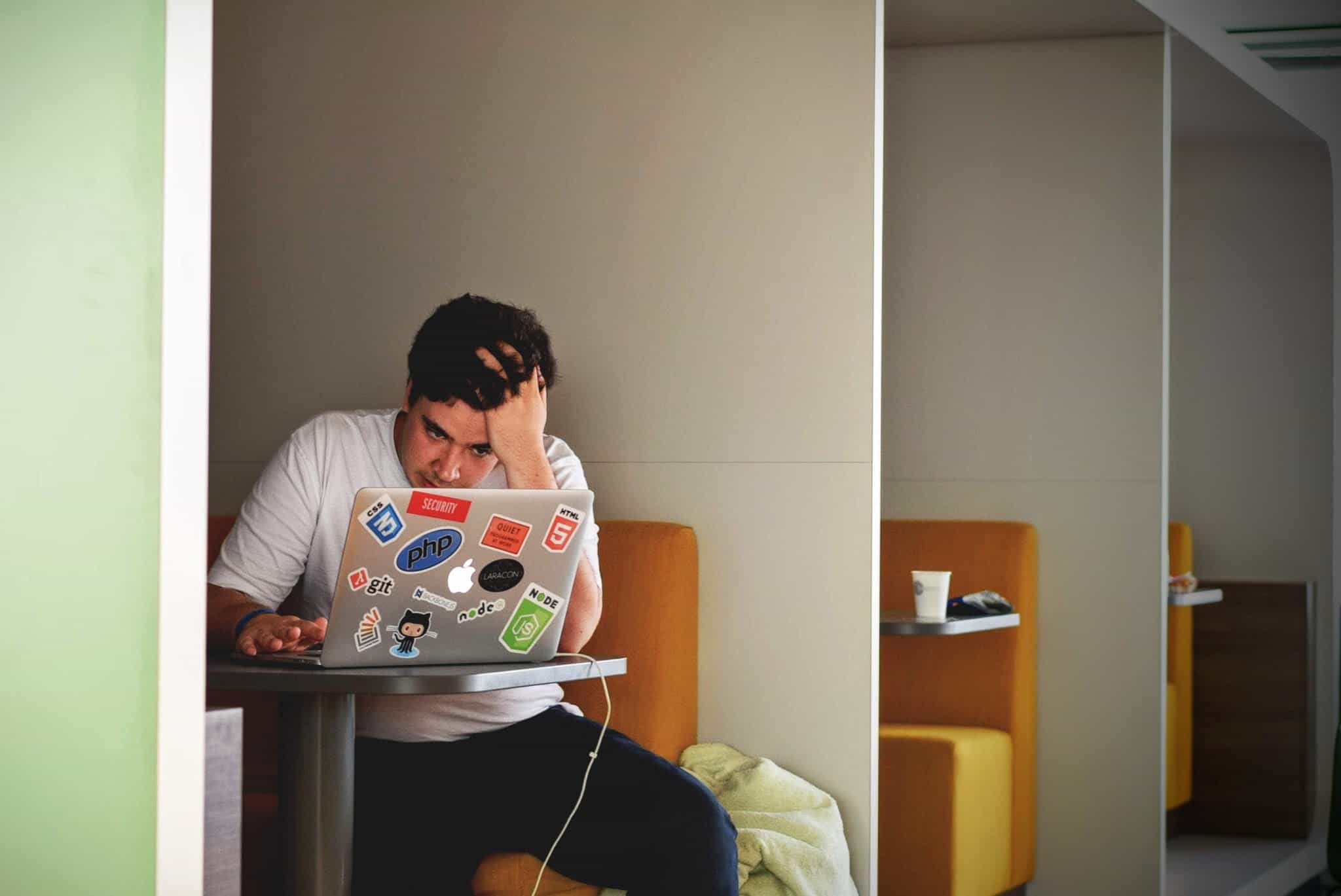 Since caffeine stimulates the central nervous system, it is possible to overdose on it.

Consuming more caffeine than your body can handle may result in the following symptoms:

To avoid fatal caffeine intoxications, you should limit the amount of caffeine you consume every day.

G Fuel does have a caffeine-free range Hydration Formula with several new flavors. If you’re looking for a tasty hydrating drink, then the Hydration Formula range would be better than their caffeinated drinks. It won’t give you that caffeine kick, though. 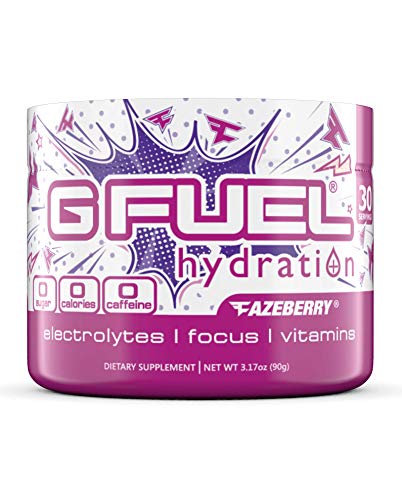 How Much Sugar Is In GFuel?

G Fuel is a sugar-free drink and instead contains acesulfame, potassium, and sucralose to add sweetness. They are both artificial sweeteners that are 200 times sweeter than regular sugar. FDA approves both the sweeteners for use in foods and drinks, so you probably don’t need to be worried about the health implications of these sweeteners.

G Fuel contains 25 calories, which is less than other energy drinks as sugar-free drinks. Thus, keeping your weight in check while still giving you enough energy to last.

The low calories mean that even though you feel like you have enough energy to carry on, your cells don’t get enough energy to function properly. G Fuel drinks do not contain any nutritional value other than providing the much-desired sweetness and should not be used as a substitute meal.

Health benefits of artificial sweeteners include;

Several ingredients are common in many energy drinks.

G Fuel has many vitamins that are beneficial to teens and adults, however, too much is never good, so let’s have a look at them. 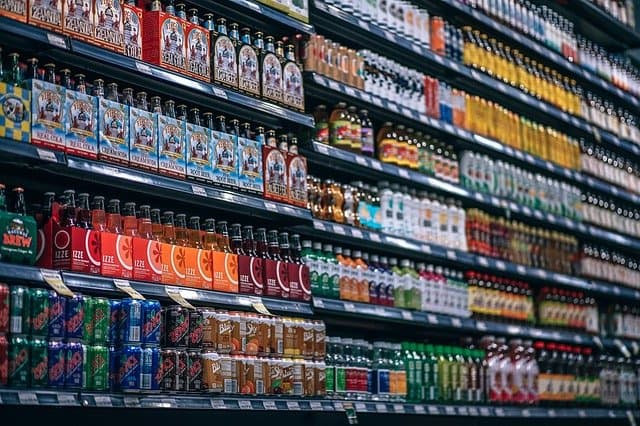 G Fuel manages to reach a wide target through ads made available on Youtube and twitch. YouTubers like PewDiePie, who has a large following, have been known to endorse this product. 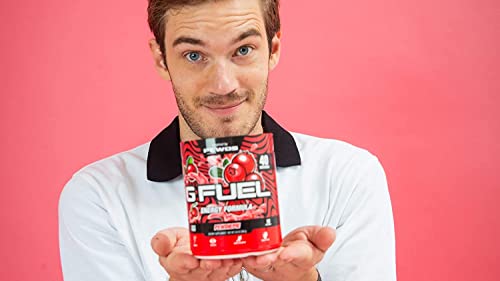 Different flavors that suit your preferences play a considerable role in attracting customers.

Partnership with recognizable brands that promote their products

HYPEMAKER, WWE, Summit1G, KSI, and Bethesda Game Studios are just a few of these partners. G Fuel’s recent expansion of an eight-year partnership with FaZeberry is proof of their continued popularity with gamers.

How Long Does G Fuel Last In Your Body?

It will take about 10 to 15 minutes before you feel the effects of G Fuel. You will feel its effects for about four to six hours. It might take longer if you have a slow metabolism.

Avoid drinking GFuel less than 6 hours before you want to go to sleep.

Is G Fuel Bad for You?

G Fuel does not pose any danger to its adult users if consumed in the correct doses. Too much G Fuel, however, can lead to caffeine overdose, so don’t go past the recommended amount.

G Fuel also has different flavors, which may cause allergic reactions in people with various related allergies.

According to dental experts, the acidity level in energy drinks can cause severe damage to teeth when consumed regularly.

It isn’t necessarily unhealthy as long as you don’t drink more than the recommended caffeine allowance for your age and weight.

Although G Fuel has many vitamins and is low in sugar, it is still a high caffeine drink and would not necessarily be labeled healthy.

Due to G Fuel being sugar-free, it might be considered a ‘healthier’ option than other sugar-laden energy drinks.

However, its high caffeine content is also not recommended for children and adolescents under 18 years old.

In addition, they also discourage persons with medical conditions, suffering from heart problems or high blood pressure, pregnant and nursing women, and persons under medication to consume G Fuel.

The caffeine-free Hydration Formula would be considered a healthier option for anyone under 18 years.

How Many Servings Come in A Single Box?

G Fuel Energy Drink Formula comes in a 40 serving tube or a box of 20 single-serving stick packs. Unlike drugs, dietary supplements do not require FDA approval.

Yes, G Fuel does contain a small amount of lead through the soil in which the fruits are grown. This may be harmful to a pregnant or lactating mother. California law requires a consumer to be given a lead warning before purchasing the product.

G Fuel was intended for athletes, and now many gamers enjoy the taste of G Fuel and the energy lift that the caffeine gives them. However, having more than one can quickly put you over your recommended caffeine intake.

Due to the amount of caffeine in G Fuel, it is not recommended for anyone under the age of 18.

With the drink’s popularity increasing with gamers, parents must constantly check on what is being advertised to their underage kids. Although a small amount of G Fuel is probably okay, energy drinks are not necessary, and especially not for teenagers. Don’t let your kids get addicted to or abuse caffeine at an early age.

G Fuel does offer a caffeine-free Hydration drink if your teen is keen to try G Fuel without the adverse effects of caffeine.

👇 Related Article 👇
You might also like to read:
How Old Do You Have To Be To Drink Monster?