Piscean teenage girls are the most intuitive and creative sign in the zodiac. Pisces girls have compassion and sympathy for others. The Pisces personality is emotionally sensitive, gracious, and emotionally aware. The Pisces girl is a special human being and a dreamer who loves to help others.

A girl born between February 19 and March 20 is a Pisces – the 12th sign in the Zodiac and is one of three water signs (the other two are Cancer and Scorpio).

In this post, we’ll look at the distinct traits of teenage Pisces girls.

The symbol of two fish moving in opposite directions suggests that Pisces are torn between fantasy and reality.

Dreaminess, friendliness, and sensitivity are notable characteristics of Pisces.

Also, the Pisces girl teenage personality is ruled by Neptune, which is believed to be the planet that controls boundless imagination, creativity, and dreams. 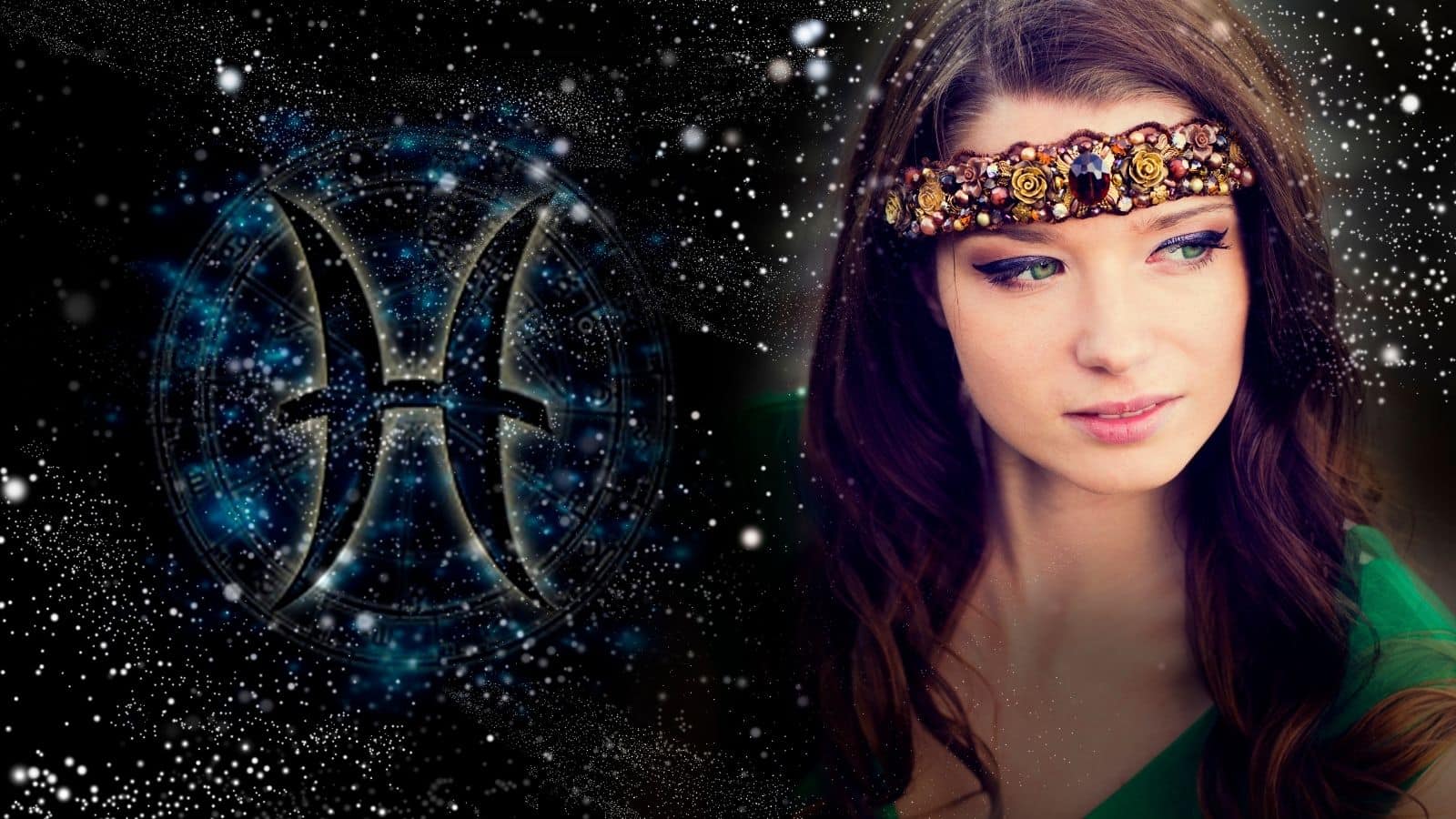 Pisces have a “go with the flow” attitude that makes them easy-going and likable.

They are gentle souls who are compassionate and sensitive to others’ needs, feelings, and emotions.

Piscean girls tend to be laid back and relaxed, which leads to easygoing and relaxed relationships.

Their friendly nature makes them popular among family and friends — everyone wants to hang out with them!

Pisces girls can sometimes seem like “space cadets” because they seem dreamy with their heads in the clouds.

This is because they can be torn between the physical and fantasy realm.

At times, they get lost in their fantasies, making them too idealistic to cope with the real world.

Pisces girls are usually generous and compassionate to those around them but don’t always get treated the same way in return.

They have a very sensitive nature and guard their feelings, making them appear shy or closed off at times.

They may avoid people or situations that could hurt them. However, they’re incredibly spontaneous and adventurous — they’re usually willing to try almost anything in reality.

Pisces girls are one of the most romantic and emotional star signs.

They are idealistic and want to find romantic love — they’re looking for a soulmate.

When they decide to love you, they usually fall hard, which means that they’ll stick with you.

When they commit, they mean it 100 percent.

Piscean teenage girls are passionate and can invest a lot of time and energy in things they care about.

For example, if they love animals, they might spend many hours volunteering at the animal shelter.

Pisces girls are also passionate about finding true love because they crave a deep spiritual connection.

Pisces girls’ kindness and gentle nature make them highly likable to their friends and family.

Their compassion for others means they quickly understand what others are going through.

Pisces can have successful relationships normally only if their partners or friends are equally sensitive, kind, and caring.

Open-mindedness is another great Piscean trait.

Although they may appear shy and aloof occasionally, they are spontaneous and can effortlessly adapt to new situations and embrace new ideas.

They love to travel, explore and set out on new adventures!

Pisces girls spend a lot of time imagining new situations and coming up with many ideas.

You’ll typically find them engaging in creative pursuits such as painting, creative writing, dancing, and music.

If you hold a common creative interest, this is the perfect way to bond and build a strong connection with her.

They love being in love and seek a deep spiritual connection with their partners.

She’ll see your relationship through rose-tinted glasses with dreams of magic and mystery in her vivid imagination.

A relationship with Pisces girls can be a roller-coaster ride of emotions, and she’ll demand that you bring the best of yourself to the relationship.

Girls born under Pisces are generally people pleasers — they tend to “give the shirt off their own back” if they care about you.

They always do all that’s in their power to make people around them feel cared for.

This might make them open to being exploited, especially when dealing with manipulative people.

They make good partners because when they fall in love with someone, they commit and strive to make the relationship better.

They usually won’t do anything to derail the relationship.

However, once scorned, they’ll be quick to end the romantic relationship and move on.

Piscean girls are the best at keeping secrets.

The main reason for this is they are compassionate and typically want to avoid hurting those close to them.

Therefore, they’ll keep a secret because telling it to others would probably hurt the person who told them.

As you can see, Pisces teenage girls have many positive traits, but this doesn’t mean they are perfect. 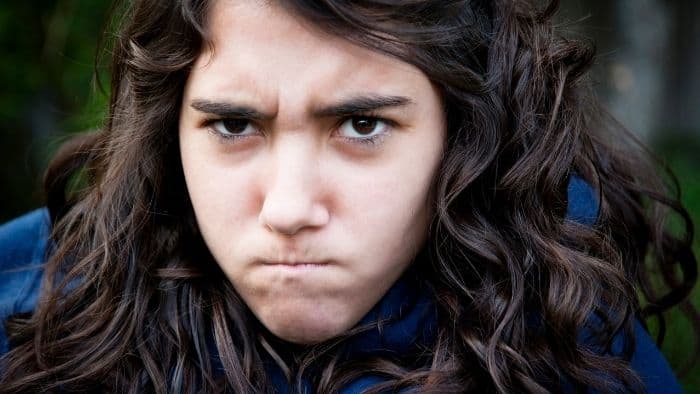 Find out some of her flaws below:

While Pisces girls are loving, loyal, and compassionate, don’t underestimate their ability to hold a grudge.

They always strive to do what’s best for others, so when they’re scorned, it might take a long time before they let it go.

Pisces Girls Can Be Moody

At times Piscean girls can become moody when their emotions get the better of them, or if they’re upset by someone.

If this happens, don’t take it personally and rather give them their personal space until they emerge from underneath their dark cloud.

If her mood is due to a dispute or misunderstanding, try to compromise.

Pisces Girls Can Be Negative

Pisces girls usually want to bring out the best in others, so they can easily drown in negative thoughts when they are let down or mistreated.

They usually match the energy of those around them, so if someone close to them is in a bad mood, it can also influence them.

Sometimes it can take a while to emerge from their negative spiral.

Pisces Girls Can Over Think Things

Pisces girls are pretty imaginative, but this can also become a negative trait when they overthink things.

For instance, if they feel down or are mad at a person, they may imagine worse scenarios making the problem way more significant than it is.

Pisces Girls Can Be Clingy

Pisces girls love being around their loved ones, especially their romantic partners.

While they are very caring, they’ll want to be around you all the time to make you feel loved and appreciated.

This can come across as clinginess to some people.

The video below is a great explanation of the Pisces female:

These traits make her romantic in relationships and fiercely loyal to her partners.

Unfortunately, she won’t always meet people who understand and show her love in the same way.

Some Pisces girls find themselves in relationships with manipulative individuals who take advantage of their generosity to use and dump them.

When this happens and a Pisces girl cannot take it anymore, she will move on but it will take a while before she gets over it.

Since overthinking is one of the hallmarks of Pisceans, she may fall into depression after breaking up with someone who did not genuinely care about them.

You’ll always find them engaging in activities that improve the lives of their friends and family—for example, organizing family gatherings or planning friends’ get-togethers.

For this reason, Pisceans are treasured by their family and friends.

However, this trait can also put get in trouble and have a negative impact on their lives.

Since Pisceans always want to make others’ lives better, they are usually a loving shoulder to cry on when a friend or family member is going through a tough time.

Occasionally, a family member or friend interprets this trait as a weakness and doesn’t bother to reciprocate.

In some instances, some friends will ignore them as soon as they get the support they need.

This can negatively affect a Pisces girl’s life and erode their trust in people.

Pisces teenage girls are often pulled in opposite directions by the physical and spiritual world.

They are compassionate, loving, generous, romantic, dreamy, and kind, making them likable.

Got a Pisces girl in your life and want to show that you love them?

The gifts below are thoughtful and understated — they’re bound to be received with love! 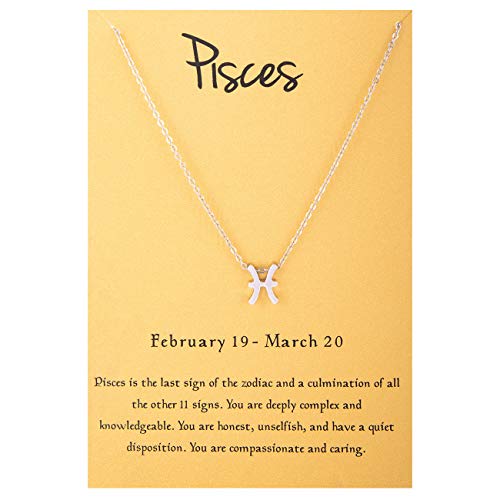 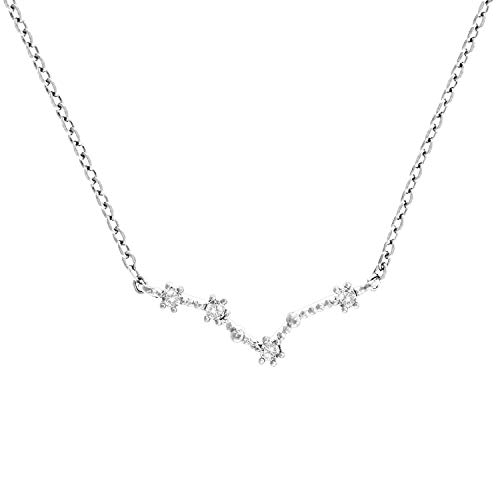 Pisces is an emotional water sign with some amazing personality traits.

Their caring nature means you’ll have a great friend and partner in everyday life.

Their colorful and sometimes crazy imaginations make them fascinating to be around.

Their outlook on life can be unique, like a breath of fresh air.

If you have a Pisces teenage girl in your life, then remember that this is an emotional sign with a complex nature.

Approach and treat her with the care and compassion that she deserves, and in return, she’ll be a devoted friend and confidant.