Has your 16 year old come home staggering, with bloodshot eyes, or smelling like alcohol?

Teenagers often experiment with alcohol, in fact it’s the number one drug used by teens.

However, understanding alcohol’s adverse effects can help them to avoid the temptation.

This post will discuss appropriate punishments for a 16-year-old caught drinking.

When you discover that your 16 year old has been drinking, remember that this is not the time to lecture or shame them.

How you react can cause your teen to drink even more or develop a bad relationship with you.

First, get all the facts about what happened and talk to your teen directly and non-confrontationally (don’t start the conversation when you’re angry!).

Get their side of the story and don’t accuse or blame them.

Find out why they’re interested in drinking and their thoughts on the possible risks and consequences.

Let your teen know that they are being heard and offer empathy and compassion.

Make sure you know who your teen is spending time with and what they’re doing.

Studies have shown that monitoring your teen can reduce the chances that they’ll repeat the same bad behavior.

Your job is to hold your teen accountable for their actions and find solutions to the problem.

Communicate the rules and consequences plainly and clearly.

Make sure that you enforce the rules and consequences consistently. 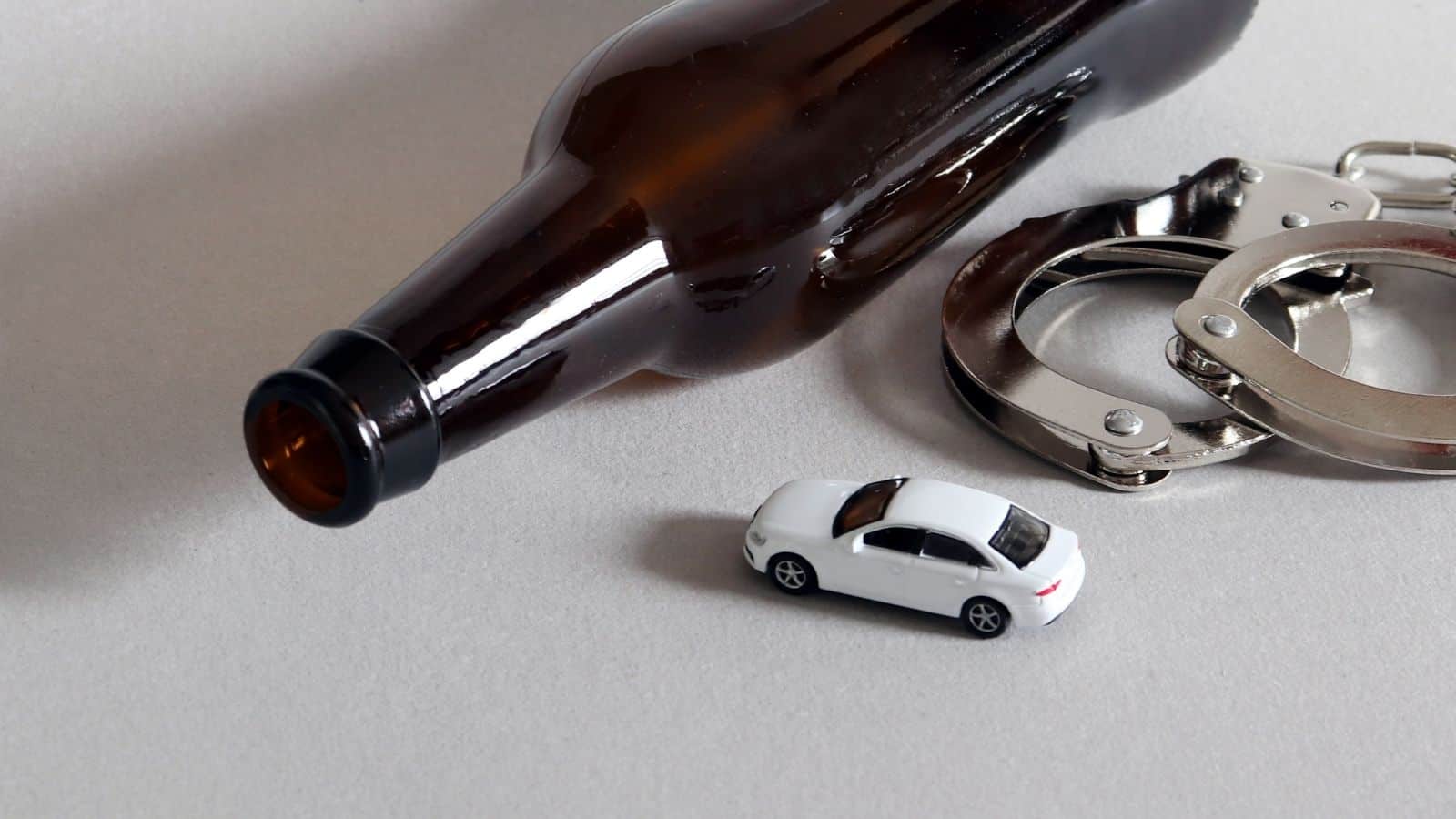 Below is a list of effective punishments you can give your teen:

Your teen is possibly unaware of the effects of underage drinking and binge drinking.

Discuss the negative effects of alcohol, including mental and physical effects.

Apart from being illegal for those under 21, alcohol can also lead to risky behaviors like pre-marital sexual activity, pregnancy, and sexually transmitted diseases.

If they’re allowed to drive, they are more likely to be involved in a car accident or kill someone.

Alcohol is a depressant and can lead to depression and anxiety.

Drinking is also a gateway to other risky behaviors like taking drugs. Adolescents who start drinking at age 14 are four times more likely to become alcoholics than those who wait until they are 21 years old.

Ask them to research teenage drinking and present a written report to you.

The research should open their eyes and help them think twice before taking another drink.

Let your teen pick a consequence to help them feel more in control of the situation and to become part of the solution.

As long as your teen understands that they’ve crossed the line with their behavior, then letting them choose a consequence may be a more effective form of punishment.

You might be surprised at some of the ideas they come up with because teens can often be quite hard on themselves.

Make sure you agree on a practical consequence that’ll help them avoid this damaging behavior in the future.

There’s the chance that your teenager will use their pocket money to purchase alcohol.

If you stop giving them money or reduce the amount, this may shift their spending priorities.

Of course, going this route may lead to unintended consequences.

So make sure that you agree with your teen that this may be an effective way to help them stop buying alcohol.

If your teen has been drinking, there is a reasonably good chance they have or will drive drunk.

As a result, it might make sense to restrict your teen’s car usage.

Make sure that your teen understands the consequences of driving drunk.

If they get caught, they can have their license suspended, face heavy fines, or have their car seized permanently.

The loss of driving privileges can be a powerful motivator to make a change in behavior.

Try not to ground your teen from positive activities like sports or art classes.

You might choose to ground your teen only from attending parties where drinking is likely to occur.

Grounding will allow your teen to reflect on their behavior.

Your teen will also save face with their friends because they have a valid excuse for why they cannot attend the party.

Your teen’s drinking is directly related to broken trust.

So it stands to reason that you might want to implement random searches of possessions and personal space.

Your teen should understand that building back trust takes time and that this is one way they can regain your trust in them.

No teens enjoy doing chores, but this is another way for them to rebuild trust.

Performing chores will help them show you that they are serious about changing their behavior.

Your teen can start by setting a goal that they would like to work towards, for example, washing the dishes every night for a month.

Performing regular chores will give them time to reflect and serve as an everyday reminder of their actions.

Limiting their use of electronic devices will get their attention and allow them to reflect on the consequences of their behavior.

Punishing your teen might not always be the right decision, especially if it’s a punishment that shames or humiliates them.

Incorrect use of punishments might push your teen away and result in more of the behavior you want them to avoid.

Below are some positive discipline strategies to encourage your teen to stop drinking and related negative behavior.

Teach Your Teen To Drink Responsibly

Often parents react with anger when they find their teenager drinking.

However, you can turn the situation around into a positive learning experience about the dangers of alcohol abuse.

Talk calmly to your teen and try to find out why they are drinking in the first place.

Issues that may cause a 16 year old to drink include:

Identify the challenges and temptations they face and listen carefully to their reasons for drinking.

Instead of discouraging your teen from drinking alcohol again, teach them about responsible drinking.

You might consider allowing your teen to drink alcohol-free beer under parental supervision: Can You Buy Non Alcoholic Beer Under 21?

Your teen will be free to drink as much as they want in a couple of years, so why not teach them the benefits of responsible drinking?

Remember that teens carefully watch their parents’ behavior and attitudes to alcohol.

When you are a positive role model and display healthy behaviors towards alcohol, it will encourage them to do the same.

Conversely, children of parents who drink or talk a lot about drinking are more likely to try alcohol earlier in life.

The more teenagers are warned about the dangers of alcohol, the longer they are to hold off on their first drink.

Teach Your Teen The Facts About Drinking

The chances are that your teen does not understand the effects of alcohol on their bodies.

Most 16 year olds think they are old enough to drink and normally drink out of curiosity or due to peer pressure.

The truth is, underage drinking is dangerous and can have long-term negative consequences.

Some issues associated with underage alcohol consumption include:

Once your teen understands the facts, they’ll think twice next time they have the opportunity to drink alcohol with friends or at parties.

Studies show that teens who start drinking alcohol in their teenage years are likely to have disorders such as alcohol addiction later in life.

Drinking alcohol can interfere with brain development and alter its structure and function.

If you start at a young age and drink heavily, alcohol can cause cognitive problems or learning difficulties.

Let your teen know that if they start drinking irresponsibly at 16, they will be much more likely to have drinking issues in the future.

One of the main dangers of alcohol is that it impairs the decision-making process.

Teens who drink are more likely to get into accidents. For example, they might be involved in a car accident or drown while swimming if they are drunk.

Avoiding alcohol will help teenagers to prevent such scenarios.

Many parents or guardians don’t understand that teens hate lectures.

Have a normal conversation with them and ask why they have been drinking.

Give your teen constructive criticism to motivate them to do better in the future.

Teenagers require constructive criticism because it allows them to learn from their mistakes.

Read more about how to give your teen constructive criticism.

Humiliating your teen about their drinking won’t have a positive effect.

Teens want to be seen and treated like adults, and so you should treat them as such to keep the lines of communication open.

Humiliation will achieve the opposite of what you want because it will push your teen away.

They might decide to continue drinking or use another illicit drug.

Your teen may react badly and talk back when you ask them to stop drinking.

Tell them it’s OK to be upset if they don’t like your decision.

Acknowledge their emotions but let them know that they must still follow your instructions.

Attempt to remain calm and empathic while also remaining true to your decision.

When you discover that your teen has been drinking, discuss why they engaged in this behavior.

Ask them what happened and brainstorm solutions to the problem together.

When teens feel like they’re part of the decision-making process, they’re more likely to feel invested in the solution.

When you both feel good about the course of action, the outcome is more likely to be positive.

Setting clear expectations is an excellent way of guiding your teen.

Talk to your teenager and communicate the ground rules.

Review what you expect of your teen, and discuss the consequences of breaking the rules.

For example, if they get caught drinking again, their new weekend curfew will be 7 pm (until they can regain your trust).

Make sure that you follow through and stick to the punishment if they break the rule.

Setting house rules is one of the best ways to ensure your teen is well-behaved.

Get your teen involved in making the family rules.

Watch below to see how these parent’s deal with the situation:

Below are some conversation pointers to help you discuss underage drinking with your teen: