What Is The Number One Drug Used by Teens?

Alcohol is the number one drug used by teens, followed by tobacco—although usage of both is on the decline. The top 10 most common illegal drugs teens use in high school are marijuana, stimulants, synthetic marijuana, crystal meth, heroin, hallucinogens, MDMA, DXM, inhalants, and pain killers.

The most commonly abused drug by teens in the United States is marijuana, mainly because it is easy to access as most states permit the drug’s recreational use. Also, many states allow medical marijuana to treat certain conditions. This means that more teens are likely to try out marijuana. 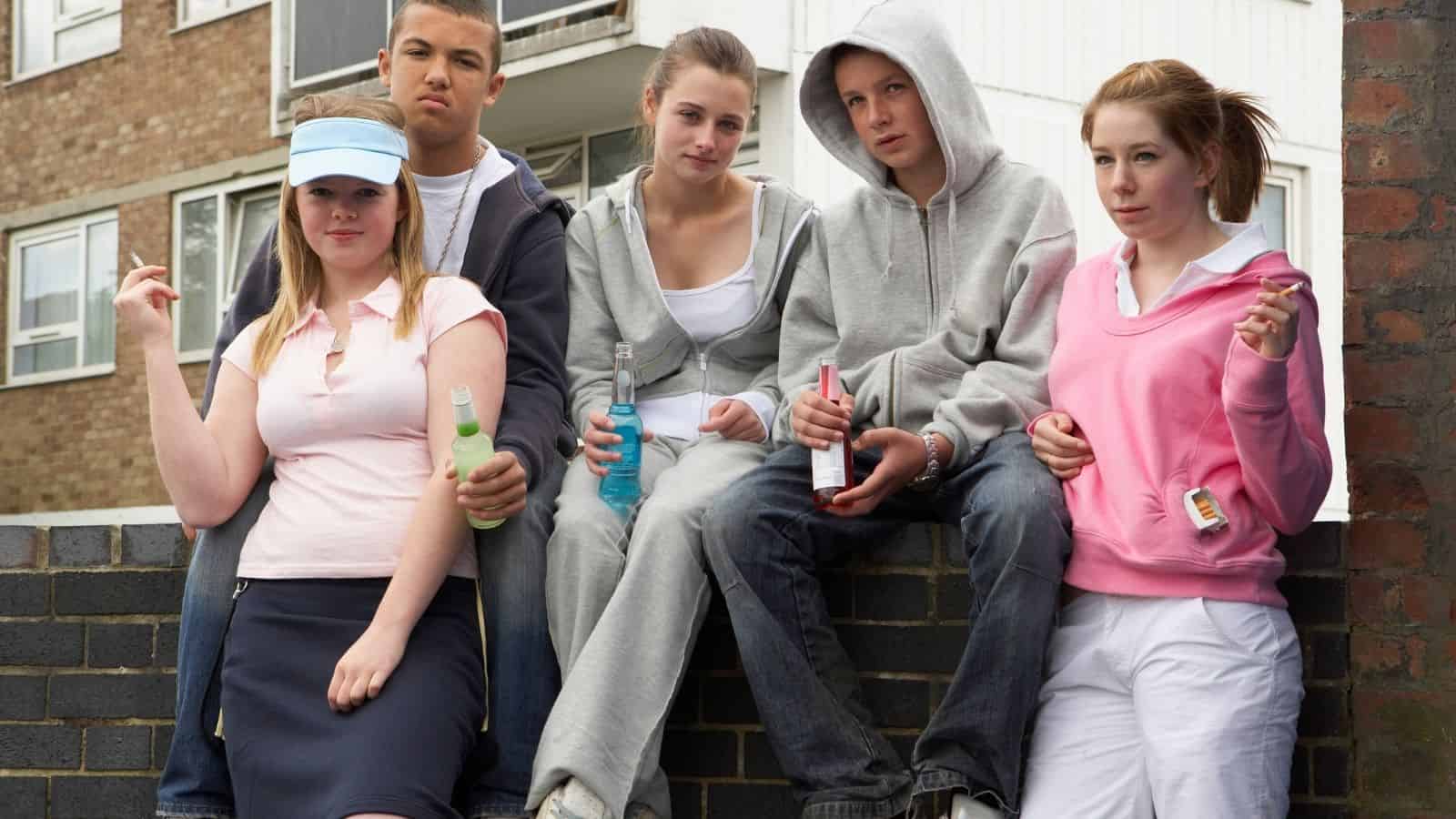 Here are the ten most commonly abused drugs by teenagers:

Statistics show that one in five (22%) of high school students have used marijuana in the past 30 days, while one in three (37%) have used marijuana at least once. Most states allow the recreational use of marijuana, making it more easily accessible to teens. If abused, marijuana can take a toll on a teen’s brain and lead to violent behavior, anxiety, and depression.

There are many common hand signs for using drugs, including smoking weed.

Prescription stimulants like Adderall and Ritalin are typically used to treat Attention-Deficit/Hyperactivity Disorder (ADHD) because they increase alertness and concentration. Due to this, teens tend to abuse stimulants to boost their academic performance, complete lengthy assignments, and study for tests. Stimulants can trigger aggression, nervousness, paranoia, dizziness, sweating, sleep problems, and hallucinations in users and can be addictive. To safely use stimulants, you need a prescription from a doctor.

Spice is the commonly used name for synthetic marijuana made from herbs sprayed with cannabinoids.  Sellers usually claim Spice to be “harmless”, but it usually contains a mix of illegal synthetic chemicals. The effects of Spice can differ greatly from marijuana and are often stronger. It is mainly smoked like marijuana or can be bought as liquids for e-cigarettes.

Crystal meth is an illegal stimulant drug, also known as meth, crank, speed, glass, ice, chalk, and uppers, and can be injected into a vein, swallowed, smoked, and inhaled. Meth usually makes the user feel high and full of energy. Meth use is luckily on the decline in the US, but high rates of adolescent meth use may exist in some parts of the country, particularly in western states. Meth can cause severe mental health issues in long-term users.

Heroin is one of the most addictive and dangerous illicit drugs. It is part of a group of drugs known as opioids as it comes from morphine, a psychoactive chemical found in the opium poppy plant. Heroin can be a black, sticky substance or brown or white powder, depending on how it is made.

“Ice In My Veins” is a common teen hand gesture — this hand signs meaning is no longer used to mean shooting up drugs.

Hallucinogens cause users to experience a distorted sense of reality and they might see, feel, and hear things that are not real. This is often described as a “trip”. Some common hallucinogens abused by teens include Psilocybin (magic mushrooms), peyote, d-lysergic acid diethylamide (LSD), and phencyclidine (PCP).

MDMA also goes by the names of Molly, ecstasy, E, Adam, and XTC. MDA makes users feel “loved up”, alert and energized. This popular drug is usually easily accessible in clubs, concerts, and parties so teens who attend these events are more likely to be exposed to MDMA and try it. MDMA can trigger hallucinations and the effects can last up to six hours.

DXM (Dextromethorphan) is a medication found in many over-the-counter cold and cough drugs and is also referred to as drex, DM, red devils, candy, drank, skittles, velvet, and tussin. Robotripping, dexing, skittling refer to using DXM to experience a range of effects. Drugs containing DXM come in many forms – throat lozenges, syrups, pills, and capsules. Teens mainly abuse DXM syrups to get high.

Inhalants produce fumes that can create a rapid high similar to alcohol intoxication. Inhalants are easily accessible as they are found in household items such as gasoline, glue, and nail polish remover. Another popular inhalant is nitrous oxide, also known as “laughing gas”, inhaled from a whipped cream canister. Young adolescents tend to favor the use of inhalant substances.

Commonly abused prescription drugs include OxyContin and Vicodin. These prescription painkillers are opioid medicines are also referred to as Happy Pills, Hillbilly Heroin, OC, Oxy, Percs, or Vikes. Teenagers often use these drugs with others, such as marijuana and alcohol.

The Effects of Drugs On Youth & Teens 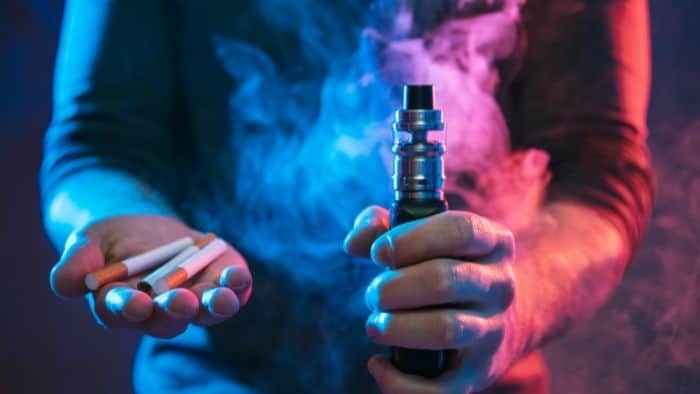 The Effect of Alcohol On Teens

Alcohol is one of the most commonly abused substances by teens in the US. Some effects of alcohol on teenagers drinking include irresponsible sexual activity, violence, poor brain development, drunk driving, which can lead to accidents, memory issues, alcohol poisoning, and lower grades in school.

Find out more about appropriate punishments for teenage drinking.

You might also want to know: can you buy non-alcoholic beer under 21?

The Effect of Tobacco & Vaping On Teens

Vaping involves inhaling vapor produced by e-cigarettes. Vaporizing tobacco allows nicotine to be absorbed into your body via the lungs (without the tar contained in cigarettes). Nicotine is a highly addictive substance that negatively affects attention, mood, memory, learning, and brain development. It can also cause other addictions like smoking cigarettes.

The Effect of Marijuana On Teens

Marijuana contains THC, a psychoactive substance found in the Cannabis plant that stimulates the brain and makes one feel “high.” The adverse effects of marijuana include paranoia, anxiety, hallucinations, reduced motor skills, and memory loss. It is important to note that marijuana can be addictive.

The Effect of Inhalants On Teens

Inhaling fumes from inhalants can make a teen feel high and excited, but it comes with many health issues. Inhalant abuse puts the user in a drunken state followed by dizziness, staggering, and sleepiness. It can also make users lose their sense of smell and trigger nosebleeds and headaches.

The Effect of Cough Syrup (DXM) On Teens

Teens experience hallucinations when they use cough syrup (DXM), which can last for six hours. The adverse effects of DXM include blurred vision, impaired judgment, dizziness, and slurred speech. Other effects (short-term) include itchy and dry skin, restlessness, nausea and vomiting, and paranoia.

The Effect of OxyContin & Vicodin On Teens

OxyContin & Vicodin use can weaken teenagers’ cognitive skills, trigger mood changes, induce vomiting, and cause respiratory issues. In serious cases, these drugs can lead to coma and or even death. Teens who use prescription drugs to treat illness should regularly consult their doctor about dosage.

The Effect of Spice (K2) On Teens

The Effect of Adderall & Ritalin On Teens

Adderall and Ritalin are popular medications used to treat ADHD, but some teens use them to boost their performance. These drugs cause seizures, dry mouth, mental issues like paranoia, high body temperature, nervousness, headaches, and cardiovascular conditions such as irregular heartbeat.

The Effect of MDMA On Teens

The Effect of Heroin On Teens

Heroin is a psychoactive (mind-altering) substance that makes teens experience a burst or rush of good feelings. The “high” can also cause nausea and dizziness. Heroin is highly addictive because it crosses the blood-brain barrier rapidly. Adolescents who abuse heroin develop a tolerance to the drug, which means they need more to get high. Addicts suffer from physical withdrawal symptoms such as diarrhea, sleeplessness, and chills when they cannot get a dose of the drug.

Signs Your Teen Is Using Drugs

The video below discusses signs of teen drug abuse:

The following signs will help you identify if your teen is possibly using drugs:

Why do teens use drugs?

According to the National Institute on Drug Abuse (NIDA), peer pressure is one reason for teen drug use.

Alcohol is still the primary teenage drug of choice.

Alcohol consumption can lead to alcohol misuse and addiction.

Alcohol abuse can lead to long-term effects on adolescent brains such as permanent brain damage.

Parents should be aware of addiction risk factors that can lead teens and tweens to drug abuse.

Teens are often exposed to illegal drugs when they become school seniors.

Risky behaviors can start when they’re 8th graders and they’ll be exposed to different types of drugs as they get older, all the way through to when they’re 12th graders.

If you suspect that your teen might be abusing a legal or illegal drug, contact medical professionals about treatment options.