What Type Of Cheese Does Chipotle Use?

The type of cheese Chipotle uses is a mix of Monterey Jack and White Cheddar cheese. Chipotle uses a blend of more than one cheese and 13 natural ingredients in its cheesy dip called Queso Blanco, which means white cheese. The cheese is usually pre-shredded or melted.

What Is Monterey Jack Cheese?

Monterey Jack cheese is a white California semi-hardened cheese derived from cow’s milk. It is known for its mild flavor and slight sweetness, making it one of the most sought-after cheeses for most fast-food chains.

It has a mild buttery cheese flavor and comes in a pale yellow color. It has a compact yet supple texture, making it easy to cut, shred or melt. The cheese has a high fat and moisture content, contributing to its melting properties. This quality makes it popular in Mexican dishes. 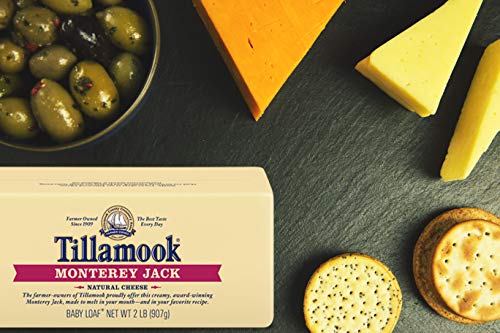 Monterey Jack cheese comes in various distinct flavors depending on the length of aging and the type of ingredients added to it. White Pepper Jack cheese is one of the common varieties with a spicy flavor.

The aged or dry Jack also goes through an aging process that lasts between 6 to 9 months. It looks like aged cheddar and presents an intense, sharp, and nutty flavor. Regular Monterey Jack cheese is aged for two weeks to a month.

Monterey Jack cheese got its name from a businessman known as David Jacks. He was known to distribute cheese in the late 1800s around Monterey. Commercial production of these cheese started in the 1850s, and by the 1880s, Jack had 14 dairy farms across California.

The curds are then heated in the vat to remove the whey. After draining the whey, the curds are mixed with common salt and then pressed into cheese forms lined with cheesecloths. These further expel whey leaving behind finer curds that become cheese.

What Cheese Is Similar To Monterey Jack?

Gouda cheese is one of the best substitutes for Monterey Jack. It comes in a pale yellow color, has a good fat percentage, and melts well. It is also made from cow’s milk and has a flavor similar to Jack’s. It is perfect for baking recipes that would need Monterey Jack cheese.

Havarti Cheese is also similar to Monterey Jack regarding the flavor, semi-hard nature, and fat percentage. It is made from cow’s milk and works well in grilled recipes that you would otherwise need Monterey Jack cheese.

Edam cheese is similar to Monterey’s texture and flavor. It is firm but soft to cut through and can be eaten alone on a cheese platter. Edam is a good option if you are putting together a charcuterie board and looking for a perfect cheese in place of Monterey Jack.

Parmesan is a perfect substitute for dry Monterey Jack cheese. But, go for young and less-aged Parmesan cheese to achieve the same effect as Dry Monterey Jack.

Colby cheese is a cheddar cheese with a similar taste to Monterey Jack cheese. It is made of cow’s milk and has a texture that is easy to work through, like Jack. In fact, there is a variation of cheese that combines these two for use in pizza recipes.

Can I Use Mozzarella Cheese Instead Of Monterey Jack Cheese?

What Is White Cheddar Cheese?

White cheddar and Monterey Jack cheeses are often considered similar, but there are a few differences between the two popular kinds of cheese.

The main difference is White Cheddar cheese has a slightly sharper flavor and a creamier texture than Monterey Jack cheese.

The taste is notable; however, it is not as significant to prevent using one instead of the other. You can use either as they both melt nicely and evenly. If you use White Cheddar in place of Monterey Jack, you will have a creamier and more pronounced cheesy flavor.

Both kinds of cheese are easy to use and work well for various dishes. On this note, you need to use the right one for what your recipe calls for to achieve desired results. They act relatively the same but be prepared that there will be notable differences in the flavor. 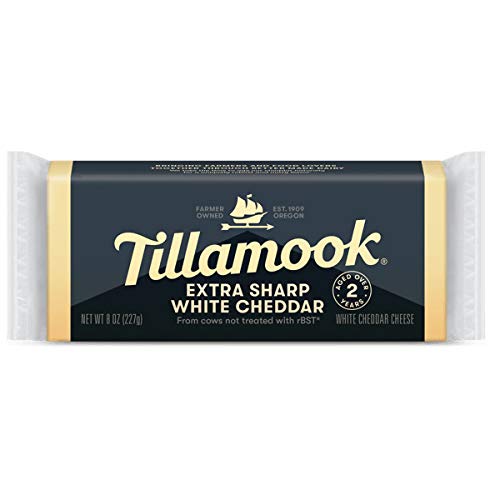 Chipotle creates an amazing combination of mild Monterey Jack cheese with the extra flavor of white Cheddar cheese. The fast-casual restaurant has a cheesy dip called Queso Blanco which contains poblanos, serranos, and chipotle peppers, resulting in a warm, even taste that’s not too overpowering and doesn’t numb your tongue. Garlic and onion flavors permeate every bite. The smooth, creamy cheese sauce is rounded off with tomatoes, salt, black pepper, corn starch, and a splash of fresh milk.

Watch how to make Chipotle’s Queso Blanco sauce in the video below:

Does Chipotle Shred Their Own Cheese?

Chipotle brings in pre-shredded cheese instead of grating it on-site to minimize the risk of microbial contamination for its customers. Chipotle mixes the pre-shredded Monterey Jack cheese and White Cheddar cheese in specific ratios, creating their unique blend and taste.

Can You Buy Chipotle Cheese?

You cannot buy Chipotle cheese. Chipotle Mexican Grill sources their cheeses separately and then mixes them in-store and has a specific ratio for the cheeses they mix. Chipotle cheese is not branded, and you cannot buy it to use as they do in their dishes. However, you can purchase both Monterey Jack and Whtie Cheddar cheese and grate and mix them yourself. But you might not be able to copy Chipotle’s custom cheese blend exactly. 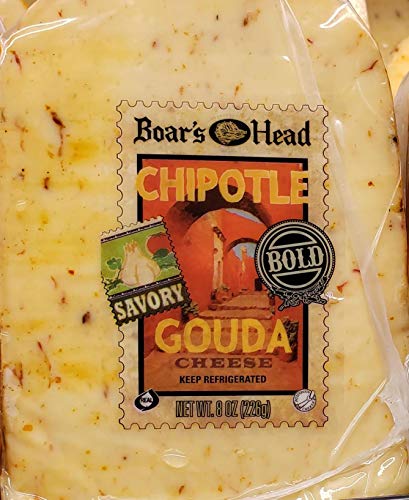 What Kind Of Cheese Does Chipotle Use For Quesadillas?

Chipotle uses Monterey Jack Cheese for quesadillas. Its mild flavor, slightly creamy texture and high melting capability make it ideal for mixing with other quesadillas ingredients. It does not overpower the other ingredients yet caters to the creamy taste that quesadillas need.

What Kind Of Cheese Does Chipotle Use In Bowls?

The type of cheese used in bowls at Chipotle is a cheese mix of Monterey Jack cheese and White Cheddar cheese, a cheese blend called Queso Blanco. Chipotle cheese recipe has a specific ratio to achieve classic flavors while balancing what each cheese has to offer: the texture, flavor, and melting capability.

What Kind Of Cheese Does Chipotle Use For Queso?

Chipotle uses both Monterey Jack cheese and White Cheddar cheese for queso. The cheese dip has a variety of ingredients, including poblano, chipotle peppers, serrano peppers, and fresh onions. Still, the cheese blend is responsible for the dip’s creamy taste and spicy flavor.

What Kind Of Cheese Does Chipotle Use In Their Burritos?

Chipotle uses Queso Blanco cheese in their burritos. This kind of cheese is a mix of Monterey Jack cheese and White Cheddar, which this fast-food restaurant mixes in store. Both types of cheese come in the shredded form, and this food chain uses a specific ratio of combining the two to achieve balance texture and flavor in their burrito bowls and other dishes.

What Kind Of Sour Cream Does Chipotle Use?

Chipotle uses the Daisy Brand Sour Cream. The sour cream is thinner and more watery than most other sour creams, but they do not add anything. This chain of restaurants only beats the sour cream bag, which makes it loosen up and thin out.

Did Chipotle get rid of queso?

Chipotle got rid of their old queso and replaced it with a new queso recipe, an improved version of the popular old one. Their Queso Blanco is melted White Cheddar and Monterey Jack cheese seasoned with serrano, poblano, and chipotle peppers. Previously the Chipotle cheese sauce was a yellow queso with aged yellow cheese.

Why did Chipotle get rid of queso?

Chipotle got rid of queso because they would not use some chemical additives used in most Quesos. So they had to come up with a new recipe that would match consumer taste. The main aim was to provide a more improved version of the old queso, which is more flavorful and will resonate better with customers.

Why is Chipotle Queso grainy?

Chipotle’s queso is grainy from the use of aged Cheddar cheese. The American chain prides its food on being natural and uses fresh ingredients, no artificial flavors, colors, or preservatives. Therefore, it does not use thickening and stabilizing agents, making the queso thin and grainy. However, they did make several changes and now use White Cheddar cheese, which melts easily and gels well with the Monterey Jack cheese in queso.

What kind of shredded cheese do Mexican restaurants use?

Mexican restaurants use several types of cheese, but the most common cheeses are Queso Blanco, Oaxaca Cheese, Queso Fresco, Queso Asadero, Monterey Jack, and Chihuahua Cheese. Another common type of cheese Mexican restaurants use is Cotija. It is a crumbly variety of white cheese with a similar flavor and texture to feta. It can be found in many different recipes, including enchiladas and quesadillas.