Baseballs are often thought of as simple, mundane objects – something that we might toss around in the backyard or hit out of the park during a game.

But have you ever stopped to think about the complexity and artistry that goes into crafting one of these deceptively simple spheres? If you have, you may be wondering: just how many stitches are on a baseball?

The answer might surprise you, and it’s definitely a testament to the skill and precision of the artisans who make these ubiquitous objects.

⚾ You might also enjoy reading: Summer Sports For Kids & Teens (17 Most Popular)

How Many Stitches Are On A Baseball?

A baseball has 108 double stitches or 216 individual stitches.

But why is this specific and seemingly arbitrary number so significant?

Some speculate that the number 108 has significance in various Eastern religions and philosophies and thus was chosen for its supposed mystical properties.

Others believe that the number was chosen simply because it is evenly divisible by nine, the number of baseball players on the field during a baseball game.

A baseball with a lower seam height can make it easier for pitchers to grip and throw with greater control and accuracy.

On the other hand, a baseball with a higher seam height can make it more difficult for pitchers to grip the ball but can also cause the ball to move unpredictably through the air.

In other words, the number of stitches on a baseball is an essential factor in the game of baseball itself.

A baseball pitcher can change the direction of the stitches and the speed of rotation of a pitched ball to control how it behaves.

For example, a pitcher with a particularly effective grip on a baseball may be able to throw a pitch that breaks sharply just before it reaches the plate, making it difficult for the batter to hit. 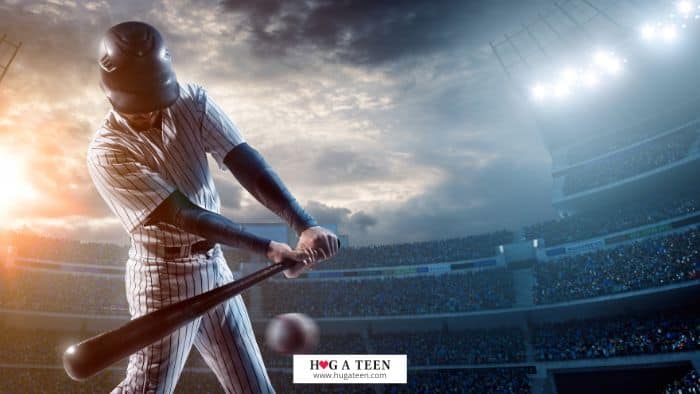 How Many Stitches In A Major League Baseball?

There are 108 double stitches on a major league baseball. If you count every single stitch on each side, you will count a total of 216 stitches. The stitches are threaded through the cowhide covering using 88 inches of waxed red thread. You cannot see the first and the last threads, as they are entirely hidden within the ball.

Yes, baseballs are still hand-stitched. There have been attempts over the years to create a functioning baseball cover sewing machine to sew the balls, but the efforts have been fruitless. An automation process would require a commitment to costs to cover research, development, maintenance, creation, and repair of the machines.

Due to a lack of interest and support from the baseball industry, the last known attempt at creating a baseball sewing apparatus for the baseball manufacturing process was between July 1950 and November 1961.

On the other hand, the baseball cover stitching process involves crisscrossing actual stitches. Every stitch has to go through one side and then the other by pulling the thread through each hole.

This baseball stitching pattern is almost similar to that of a saddle stitch which is also done by hand. As a result of this process, all baseballs are hand-stitched.

To date, nobody has been able to invent a machine that can stitch baseballs.

Read more about the history of baseball stitching machines. 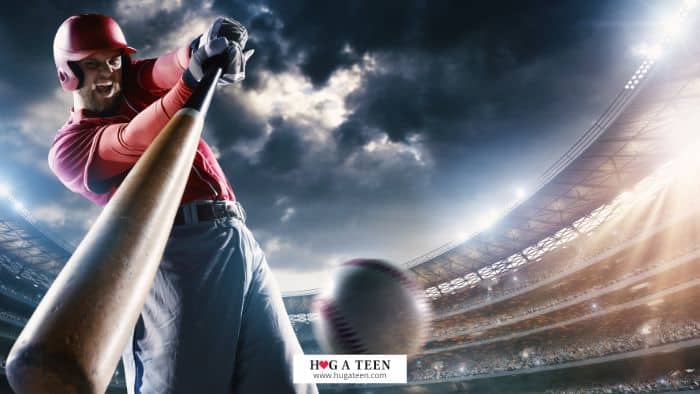 How Long Does It Take To Hand Stitch A Baseball?

It takes a professional ball sewer around 10 – 15 minutes to hand-stitch a baseball. In an hour, a sewer can stitch 4 – 6 balls. There are 107 pre-stitched holes that the stitches are supposed to go through, and the last stitch goes under the leather. The ball is stitched together with 88 inches (223.52 centimeters) of waxed red thread.

What Is Baseball Stitching Called?

In Major League Baseball, the stitching on the ball is referred to as virgules. It is worth noting that each baseball is crafted by hand, with a total of 216 double-stitched virgules. Additionally, the first and last stitch is concealed, adding a level of refinement to the finished product.

Some people refer to the baseball stitching process as cross-stitching, which must be completed by hand since no machines can do it.

Why Is Baseball Stitching Red?

In 1934, Major League Baseball decided on red because it was the most highly visible color already in use by both leagues. Black laces intertwined with red laces were used in the National League in the 19th century, while the American League used blue laces and red laces.

Why Are There Stitches On A Baseball?

The stitches on a baseball hold and contain all the materials used to make it. A baseball goes through a lot during an actual match, so reinforcing it on the outside with stitches is necessary.

Baseballs have stitches to help pitchers throw different pitches to hitters. It is possible to alter the pitch trajectory by gripping the ball differently across or on the seams of the baseball. As a pitch comes to a batter, the ball’s spin against the air can cause it to break in a specific way or drop.

According to the Major League Baseball standard since the 1930s, an adequately made ball must have 108 double stitches or 216 single stitches. However, some recreational-grade baseballs may have fewer stitches depending on the company making them. 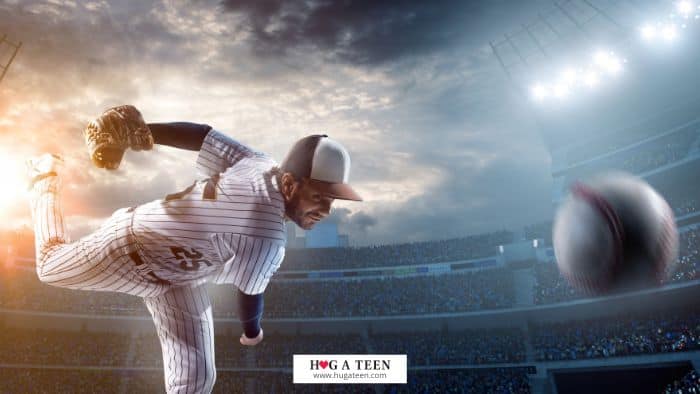 Does The Number Of Stitches Affect Baseball Performance?

The number of stitches affects the performance of a baseball in that it determines at what speed, force, and trajectory the ball can cut through the air when it’s thrown.

According to the Magnus Effect (or Magnus Force), the stitches affect the amount of curve or “break” the baseball experiences as it is traveling to the catcher.

A fastball where the pitch has backspin uses the upward Magnus Effect to oppose gravity and keep the ball in the air longer.

A curveball where the pitch has topspin uses the downward Magnus Effect to aid gravity and shorten the flight of the baseball.

As a result, players hold the baseball in different positions and throw at different speeds to help the ball follow a curved path instead of a straight line.

The height of a baseball seam can also affect its performance.

An increase in home runs since the start of the 2016 season prompted MLB officials to establish a committee to investigate the manufacturing process.

According to MLB officials in December 2019, lower stitching seam profiles were most likely responsible for the increase in home runs. However, the organization pledged to review the problem further.

Read more about how the seam height affects the baseball’s wake and drag.

Overall, the number of stitches on a baseball does have an effect on its performance, but it is not the only factor. The height of the stitches, the quality of the materials, and the ball’s construction all play a role in its performance.

The figure 8 stitching pattern on modern baseballs makes the stitches more prominent, giving the pitcher a better grip on the ball and a variety of different ways to spin the ball.

There has never been evidence of who invented figure 8 stitching on baseballs. Some historians believe that it was invented by Ellis Drake, the son of a shoemaker, to strengthen and improve the cover. Other sources claim that Colonel William A. Cutler invented it in 1858 and sold it to William Harwood.

Baseballs with the figure-8 design were first mass-produced and popularized by Harwood, who built the first baseball factory in the USA.

The first baseballs were stitched by hand using a variety of colors, including blue, black, and brown. It was not until the 1930s that the stitching began to be consistently colored red.

How Is A Baseball Made?

The process of making a baseball is a complex and meticulous one, with each step carefully executed to ensure the highest quality and performance. From the selection of the finest materials to the precision of the stitching, every aspect of the ball’s construction is carefully considered.

Materials needed to make an American baseball ball are manufactured in America and then shipped to a factory in Costa Rica, where it is finished.

Official baseball manufacturer Rawlings Sporting Goods invented the pill that is the baseball center of the ball, which gives it structure and the ability to withstand a hit without losing its shape.

The round cushioned cork center, called a “pill” is covered by two layers of rubber which gives the ball bounce and makes it go further.

The rubber core is then wrapped tightly in three wrappings of wool and polyester/cotton finishing yarn. The wool is wound in America, with the last winding made of cotton for a smoother finish and less bumpy feel after the cowhide leather is placed on top.

After the wrapping process, materials are shipped to Costa Rica. A thin layer of glue is applied to the cotton and then covered with pieces of leather held in place by a clamp to be sewn. The ball is sewn using 88-inch waxed red thread by professional sewers, and the wax helps with the ease of sewing.

After being sewn, the balls are taken through a flattening and smoothening process to buff them out, ensuring players don’t feel the bumps when they use the balls.

Before the beginning of a game, the balls are rubbed with a type of mud. It is found in a tributary in the Delaware River in New Jersey, and it helps with gripping and prevents glare.

How many times are Baseballs replaced in a game?

Baseballs are replaced 3-7 times in an average baseball game. A ball is replaced when it becomes too dirty or damaged to be used safely and fairly. The umpire is responsible for determining when a ball needs to be replaced and will signal for a new one to be brought in. Also, if the ball is hit out of play and into the stands, then they don’t ask baseball fans for the ball back; instead, they get a new ball.

How much does a baseball weigh?

A typical baseball weighs between 5 and 5.25 ounces (142 and 149 grams). The weight is specified by the official rules of Major League Baseball (MLB) and must be adhered to for all official games. The weight of the ball is carefully considered, as it affects its performance and the fairness of the game. A ball that is too heavy or too light can be difficult for players to handle and can give an unfair advantage to one team.

How many stitches are on a softball?

A regulation softball has 88 double stitches. Softballs are significantly larger than baseballs measuring between 11.88 and 12.13 inches in circumference and weighing between 6.25 and 7.00 ounces.

👇 Related Article 👇
You might also like to read:
Places For Teens To Hang Out (& Things To Do With Friends!)