Some things go by different names in other countries. You might have heard that whipped cream has quite a funny name in Britain. If you are wondering what do British people call whipped cream, read on to find out.

What is squirty cream?

Squirty cream is the British term for whipped cream that comes from a can. Usually, squirty cream comes in aerosol cans that you use to spray the cream on cakes, desserts, waffles, or hot chocolate. The peaks created by squirty cream do not last very long, whereas the cream whipped by hand using double cream lasts much longer.

Restaurants often use a bottle cream dispenser to which they add a gas cylinder to squirt the cream onto cakes, British scones, and drinks. Using squirty cream is much faster than whipping cream by hand. 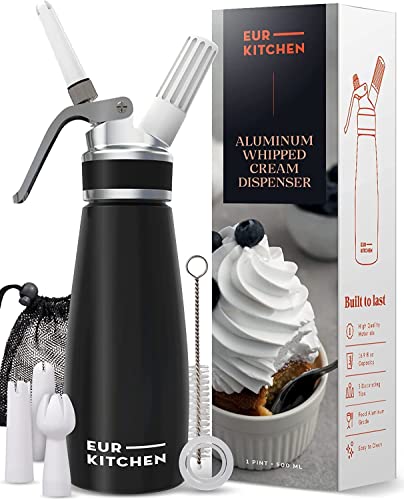 What is squirty cream made of?

Squirty cream is made from milk, usually cow’s milk, and may or may not have added flavorings. It comes as a thick, fatty, and foamy cream with added sugar and flavoring such as coffee, chocolate, vanilla, etc. It is also full of preservatives to keep it ‘fresh’ in the can for longer.

Squirty cream is real cream in that it is made from cow’s milk, just like regular whipping cream. Although it is similar to real cream, it is lighter in consistency compared to regular whipping cream. This has to do with the lower fat content in squirty cream. It also contains preservatives and does not hold its peaks as long as hand-whipped cream.

Is squirty cream high in calories?

Squirt cream is not considered healthy, as it contains a high-fat percentage. It is made from heavy cream derived from fresh milk and comes as a concentrated, full-fat cream. It might be considered unhealthy, but this does not mean you can’t have it; you can use it sparingly on beverages or other foods. It has healthy fats too and several vitamins that are beneficial to the body.

How much sugar is in squirty cream?

The sugar in squirty cream varies from brand to brand, depending on brands’ recipes. But generally, a bottle of squirty cream contains about 4.8 grams of sugar per serving size of one cup. That is about 60 grams of squirt cream.

How long does squirty cream last?

Squirty cream can last for 2 to 3 weeks in the refrigerator; however, homemade squirty cream can only last 2 to 3 days. If you choose to store it in the freezer, it can last up to 3 months without going bad.

When was squirty cream invented?

Squirty cream was invented in 1955 by Bunny Lapin after realizing homemakers needed a solution to the messy and clumsy designs of basic whipped cream then. He received a patent for dispensing valves for gas pressure containers to use for squirty cream.

What Is Another Name For Whipping Cream?

Whipping cream also goes by squirty cream or aerosol cream. This is a common term used in reference to the design of containers that whipped cream comes in, with squirty describing the style the cream oozes out of the container and aerosol describing the kind of bottles used. Other names for cream sold in an aerosol can are skooshy cream (Scottish), and spray cream. Reddi-Whip is a common brand of squirty cream in the United States.

What is the difference between whipped cream and Chantilly?

Why is it called Chantilly cream?

Chantilly cream gets its name from the french version, Creme Chantilly. It is a traditionally-sweetened whipped cream that originated in the French town of Chantilly, hence the name.

What is an older term for whipped cream?

Whipped cream used to be referred to as milk snow, owing to its resemblance to snow. It was also known as snow cream back in the 17th century. At the time, whipped egg whites were also added, contributing to the snow-white color of the cream.

What is whipped cream called in Australia?

When was whipped cream invented?

Whipped cream was invented in the 16th century and was used in recipes that date back to 1549 in Italy and 1604 in France. According to the Oxford English dictionary, it was called whipped cream in 1603.

Whipped cream in spray form was invented by Charles Getz, who was working with G. Frederick Smith and Marshall Reinecke at the University of Illinois. Getz noticed that milk would foam if it was compressed into a container under pressure. They discovered that nitrous oxide did not change the taste of the whipped cream, which led to the creation of ‘Intantwhip” in the early 1930’s. 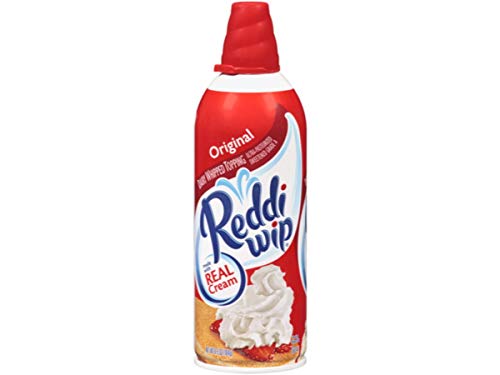 Whipped cream is an old product and has been in existence since the 16th century. It was common in the Italian and French cuisines then and has since evolved into a common ingredient in today’s world.

Whipped cream was referred to as milk snow in its earlier days. The earlier recipes of whipped cream included whipped egg whites, giving it the fluffy, flaky nature resembling that of snow.

Whipped cream was made by whipping cream using a branch instead of the modern whisk. This method of making the cream took a long time, and people could only make a small batch at a time.

Whipping cream can only be whipped under 50 degrees Fahrenheit. Heavy whipping cream should be chilled so that it doesn’t melt and turn into butter.

How To Make Whipped Cream

Cream is usually whipped with a whisk, an electric hand mixer, or a food processor. The best results can be achieved with cold equipment and ingredients.

Watch how to perfectly whip cream (and not over whip) in the video below:

Can you get high from whipped cream aerosol?

It is unlikely you could get high from whipped cream aerosol; however, the nitrous oxide gas used to push the cream out can get you high if inhaled in large amounts.

Do you have to be 18 to buy whipped cream dispenser?

You have to be 18 to buy whipped cream chargers. This is because these come with nitrous oxide, which is known to cause euphoric effects when inhaled.

How long does a whippet high last?

👇 Related Article 👇
You might also like to read:
What Does It Mean To Peak In High School?