If you are parenting a teenage boy, there may be a few rapid changes that you didn’t expect.

First, it starts with puberty, suddenly their voices are changing, and they are hormonal.

They may put up a tough front, but they are still very sensitive and are also vulnerable.

They still need their mothers, and crave their mother’s touch, but will never say it out loud.

Here are some quotes on parenting a teen that will give you some guidance, or a much-needed laugh. 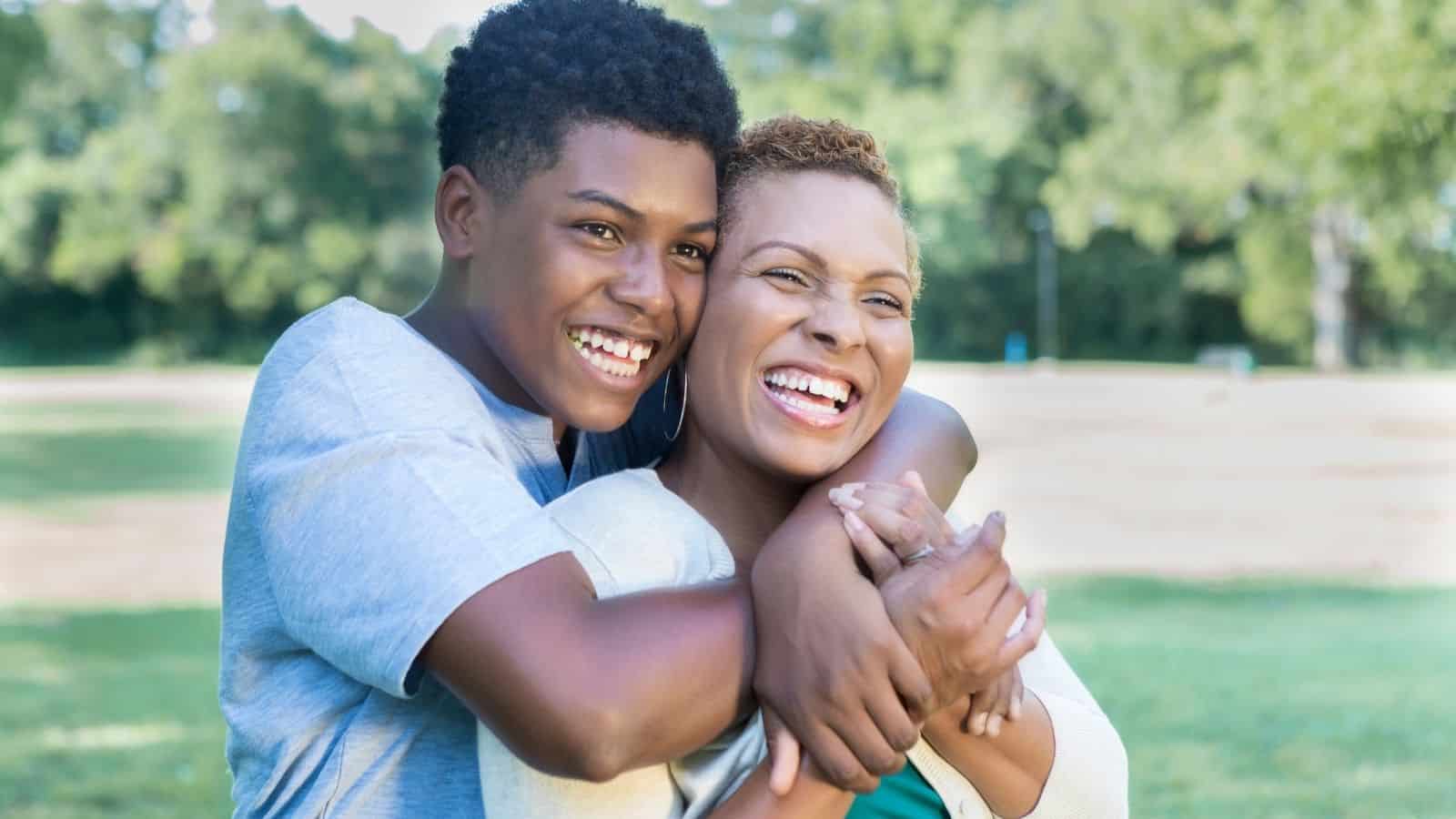 What You Need To Know About Parenting Teen Boys?

As your teenage boy gets older, his vocabulary will get less and less.

It may be because he’s afraid to open up and admit that he has vulnerabilities. But it’s mostly because his body and mind are going through significant changes.

There’s just too much going on for them to now add conversation as well.

We’ve found that our boys open up to us mainly when we’re side-by-side.

This might be when we’re out on a walk, sitting in the car, or doing the dishes.

When there’s nothing else happening to distract them, they tend to open up and start asking questions and telling us about their day.

Try spending time with them before bed as well, as they’ll often feel more relaxed and ready to chat then as well.

Boys don’t have the same tools as girls to express their feelings, so they bottle them up inside.

This might cause them to lash out in destructive or violent ways that are often misread as anger when they just need someone to talk to and understand how they feel.

They’re Insecure About Their Bodies

Their hormones are changing rapidly.

With this comes several physical changes, including voice changes and possibly pimples.

They will compare themselves to others and will judge their bodies similarly as girls do.

Once a boy gets past the awkward puberty stage, they tend to become more secure about their bodies.

From around seven years onwards, boys tend to want to spend more time with dad.

This doesn’t mean that they don’t need their moms anymore.

We will always be needed and have to be available whenever they need us.

We might feel a little more on the sidelines, but they will come to you with questions that only you can answer.

Be sure to listen and be available when they do open up and need you.

Boys Need To Feel That We Love Them

As much as they don’t want us to show affection in public, they need to know that we still love them as much as we did when they were cute and little.

When tucking in our youngest son, I’ve seen my older son look at us with a little bit of jealousy.

He pretends that he doesn’t want me to hug and cuddle him, but he always has a smile on his face when I do.

Have you noticed that boys take a few minutes to answer you?

It’s like they didn’t hear you, but then suddenly they look up and notice that you’re there and asking them something.

I’ve noticed this with my husband as well, so I’m not sure if they ever grow out of this.

They’re not ignoring us, their brains are just sorting through all the things happening to them and around them, and it takes a bit longer than we would expect.

Give them time to process and answer you before getting upset. Another tip to avoid your frustration is to make sure that you have their full attention before asking them a question.

They might be attracted to dangerous situations out of curiosity and excitement.

Boys may enjoy the adrenaline rush that comes with danger because it makes them feel alive.

The thrill-seeking male brain is searching for stimulation.

Boys Need To Make Their Own Decisions & Learn From Their Mistakes

As hard as it is sometimes, we need to give them more freedom and independence.

If we’ve led by example and discussed possible pitfalls, now is the time to let them learn the consequences of making good and bad decisions.

Making small mistakes and learning from them now will avoid more significant mistakes in the future.

At some stage, boys will become interested in having a relationship with someone.

They will have many dating questions and will most likely have to learn how to handle rejection and their first heartbreak.

These are vulnerable times, and they might not feel comfortable talking to you about these things.

It’s essential to discuss dating, consent, and safe sex with them, even if they don’t want to and seem embarrassed.

Watch this amazing video on Raising Good Men: How Parents Can talk To Boys About Relationships

Despite the fact that the teen years can be rocky, scary, and challenging for parents of teen boys, they can also be incredibly rewarding and fun.

We need to understand that teenage boys are going through some significant changes at this time in their life, and they will often cope in ways that we might not be able to understand.

Parents need to be patient, understanding, and available as a support system for them.

You might also benefit from reading: Why Self Esteem Is Important In Teens